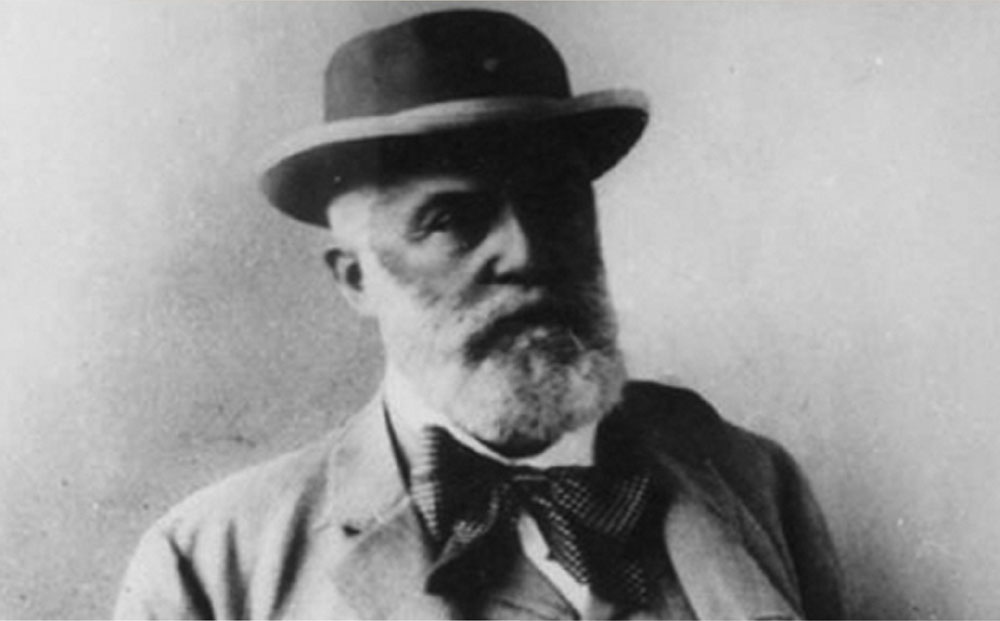 Gustav Pick, the son of a Jewish merchant, was born in Rechnitz on December 20, 1832. In 1845, his family moved to Vienna, and 40 years later he composed the famous ‘Fiakerlied’ (Coachman's song). Pick donated a sum of money for the renovation of the local monastery. He died in Vienna on April 29, 1921.

Joachim Heitler was the principal of the Jewish school from 1870 to 1917. He wrote the folktale ‘Vom öden Schloss’ (‘The Castle Ruin’) and worked as a journalist for the German-language ‘Volksblatt’, which was published in Szombathely. He was also on the board of directors of the Sparkasse, a bank founded in Rechnitz in 1873.

Gabriel Engelsmann was Rabbi from 1822 to 1850. He was born in Neustadtl in today's western Slovakia. He was strictly órthodox, opposed to any innovations or reforms. The Jeschiwa (Talmud high school) that he presided over was very popular.

Eleazar (also Elázár) Kalir taught in Rechnitz from 1768 to 1778. Before that, he had been Rabbi in Amsterdam and Berlin. When he received invitations to both Dessau and Rechnitz at the same time, he chose the latter, which attests to the prominent status of Rechnitz at that time. He was head of the local Jeschiwa for ten years.

Maier (also Mayer/Meier) Zipser, a leading personality of the Hungarian reform movement in Judaism, served as Rabbi in Rechnitz from 1858 to 1869. Before his appointment to Rechnitz he had been Chief Rabbi in Székesfehérvár. His historiography of the Jewish Community of Rechnitz in the 17th and 18th century, long believed lost, has been published in the Wochenblatt für jüdische Theologie ‘Ben Chananja’.